July 14, 2018, I had finished shooting an amazing wedding of a beautiful couple. My photography friend Doug Friesen came along as a second shooter… it was one of those weddings where you left excited about the day. It’s also a tiring day as you’re going all day long, so Doug and I came back to my place to grab a bite and chat for a while.

Looking outside as we were talking we could tell a storm was coming, I was checking the weather maps and lightning strike detections and new that something was coming our way, so we jumped back in the car and headed towards the storm in hopes of catching some lightning as it was approaching. We saw the dark clouds ahead but not really any lightning strikes. Then without notice, the sky opened up and the rain just poured, but not just a straight downpour, the rain was driving directly at the windshield with crazy, strong winds. I couldn’t even see to drive so I pulled off the road and just waited until the rain let up a few minutes later. We figured we’d be good to carry on, when the rain came again, only this time it was coming from the side driving right against the driver’s side of the car. Given the sudden and violent change in direction, I was on the lookout for a tornado, thankfully we never did see one but it sure had our hearts beating for a while.

Finally, the storm broke and we were now behind, what seemed to be a fairly wild system, so we turned around and followed it back towards the City of Morden. Two photographers in a car, you can guess that we didn’t get far before we had to stop and take a photo, followed by another and another.

As we got closer to Morden the clouds began breaking even more which started what would become one of the most memorable evenings of photography for me. The sky opened up again, but this time it wasn’t with rain but instead, the clouds opened letting the sun to shine through.

I was shooting the passing storm as it was reflected in this small water puddle. It’s amazing what even the smallest water puddle can do for you in a photo. I looked up from the shot and shouted, “Doug, behind you!” There was an amazing rainbow!

No sooner had we started shooting this rainbow when I looked over my shoulder and once again, “Doug, behind us!”

There was literally stunning scenery in every direction, it was like I said, one of the most memorable evenings of photography for me. But then I got to thinking about this a little more and it made think about how this applies to our lives. These amazing scenes were only there because we just went through a fierce storm. This sort of beauty doesn’t come from a clear, calm and what we would call a beautiful day. As the saying goes, calm seas don’t make a great sailor.

So often this is what we want for our lives. We want the calm, beautiful days without any storms or anything to upset us, but God knows we need these storms, no matter how much we don’t want them. But it’s only from these storms in our lives that we become better people and learn and grow in our lives. It’s also quite often the turning point where we become desperate and we realize we can’t do this alone and we finally reach for God to help us. He wants to always reach for Him but sometimes it takes a storm to bring us back to where we should have been all along. And very often it’s these rough roads that lead to some of the most amazing rewards, as was the case this evening. Had we not had the storm, we wouldn’t have had the beauty we saw.

Feel free to download the above image and keep it on hand as a daily reminder. 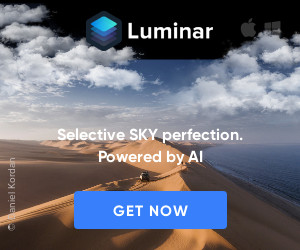 All images are the copyright of Steve Hiebert|ProPhoto Blogsite